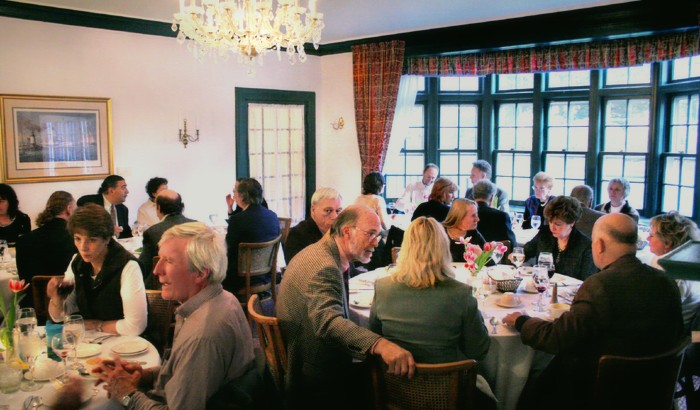 History of the Society of Animal Artists

OUR HISTORY ~  FOUNDING & EARLY YEARS: The history of the SAA began in the 1950s, individuals from the New York metropolitan area who liked to meet and paint at the Bronx Zoo together staged Animals in Bronx Zoo at the Burr Gallery sponsored by the New York Zoological Society in 1958. Patricia Allen Bott and Guido Borghi were inspired to form the organization after an enthusiastic reception to this exhibition. The fledgling Society soon became a member of the renowned Salmagundi Club and established an office in their building at 47 Fifth Avenue, New York, NY. Early exhibitions were held in various galleries such as Sportsman’s Edge, Grand Central Art Galleries, and the Alder Gallery. (All in New York City)

THE HISTORY OF SAA CATALOGS & EXHIBITIONS: The first formal SAA catalog produced in 1978 for the exhibition at Sportsman’s Edge Gallery, consisted of 8 pages and was black and white. In 1979, the SAA had its first actual Annual Exhibition opening (again at Sportsman’s Edge), with formal programs and events accompanied with a 20-page black and white catalog. In 1980, the “Society of Animal Artists Exhibition/Convention” was hosted by Game Conservation International at the Four Seasons Plaza Nacional Hotel, San Antonio, TX. A larger 28-page, black-and-white catalog was produced. The first four-color catalog (44 pages) was produced in 1990, for the 30th Annual Exhibition at St. Hubert’s Giralda in Madison, NJ.

The SAA has produced annual exhibitions since 1960. The first museum venue was the Academy of Sciences in Philadelphia in 1981. In 1988 the Society recruited David J. Wagner to create and manage tours of artworks selected from annual exhibitions. The first touring exhibition, being named “Art and the Animal,” started in 1990. SAA exhibitions have been displayed throughout the United States, with approximately 70% of hosting venues having been art museums or general museums that have included art as an integral dimension of their core mission. Over the years, the SAA’s work has been on display at more than 100 different institutions across the United States, Canada, and England.
See the Exhibitons page for a complete historical listing and available PDF catalogs

THE CATASUS Magazine: The Catasus was an annual magazine sent to members each spring. It was published for 5 years (1986-1990) and featured various black and white illustrated articles of interest to the membership in each issue with color covers (front and back, inside and outside….thus, 4 color pages). The editor was Wayne Trimm.

DIGITAL AGE: The SAA website was brought to fruition in late 2000 under the direction of incoming President Francis Sweet and Executive Board Member Janet N. Heaton working with the volunteer efforts of Signature Member Wes Siegrist. The website officially launched in January 2001. Longstanding Board Member, David Rankin, continued the momentum online developing a virtual museum used by the SAA from 2009 into 2012. Robert Caldwell led the established Society into Facebook. A Social Media Communications Committee was formed in 2012 comprised of Robert Caldwell, Susan Fox, Jan Martin McGuire and Wes Siegrist to manage and coordinate everything online for the SAA.

The SAA Award of Excellence Medallion 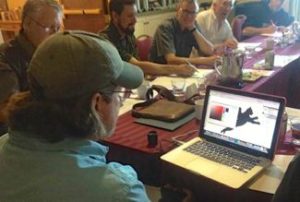 THE SAA LOGO: The Catasus, logo of the Society of Animal Artists, depicts a winged cat reaching for a star. Paul Bransom designed the logo to symbolize the striving for artistic perfection. And as artistic perfection can never be attained, the cat never quite reaches the star. As a tribute to Paul Bransom, co-founder Patricia Allen Bott arranged with the National Star Registry to name an actual star “Catasus”. Star number: Hydra 10H 20M 1940 has been so re-designated and will retain the title, “Catasus” in perpetuity. The bronze medallions given as “Awards of Excellence” by the SAA at their annual exhibitions were designed by the late noted sculptor, Donald Miller, from Paul Bransom’s “Catasus” logo. The SAA’s logo was refined at the 2014 Fall Board meeting. Aaron Blaise digitally reworked areas of an updated design by Doug Allen and Jan Martin McGuire under the direction of the Board Members in attendance.

SAA MEMBERSHIP: Unquestionably, the past and present membership roster of the Society of Animal Artists reads as a veritable Who’s Who in animal art from around the world. Capturing wild and domestic creatures great and small, on land, sea and air, in a wide range of media and artistic expression, SAA artists continually pursue excellence and broaden appreciation for subjects of the natural world as Fine Art.

See the Members page for current active members and those in memoriam.